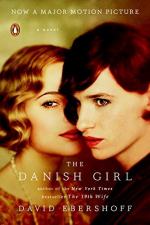 David Ebershoff
This Study Guide consists of approximately 42 pages of chapter summaries, quotes, character analysis, themes, and more - everything you need to sharpen your knowledge of The Danish Girl.

This detailed literature summary also contains Quotes and a Free Quiz on The Danish Girl by David Ebershoff.

Greta, the daughter of a wealthy ambassador, is a struggling artist. Married to a famous landscape artist, Einar (her former painting professor), his work and talent overshadow hers. This frustrates her to no end. She finally lands a commission to paint a portrait of a famous opera singer, named Anna. However, when Anna sends word that she can’t come in to stand for the portrait, in a panic Greta convinces her husband, Einar, to put on Anna’s dress and pose for her. He begrudgingly does. Greta finds it humorous to see him standing there holding a bunch of lilies in his hand. As a joke she calls him Lili. Secretly, however, Einar finds that he loves wearing Anna’s dress, and loves even more, the name Lili.

On a lark, he dresses up as Lili and goes out in public, accompanying Greta to several art gatherings and parties. At first he is very shy and doesn’t speak much, because of course his voice would give him away. Greta notes how beautiful he actually is, dressed as a woman, and asks if she can paint him again. He agrees. The paintings begin to bring recognition to Greta, which she loves. She insists that Einar continue to dress as Lili. While in Paris, Lili meets another painter named, Henrik. They begin to go out, but after a few months, when things are progressing nicely, Lili realizes that the truth about her true gender is going to become known and she can’t take it. She breaks off her relationship with Henrik, even though he attempts to tell Lili that he already knows the secret.

Meanwhile, the reader has learned that Greta’s parents were famous ambassadors, and growing up under their shadow, and with their wealth and status, Greta felt was a burden. Everyone treated her oddly because of her fame and fortune. Everyone, that is, except Einar who, as her professor, did not know who she was. Later, when someone told him who she was, he began acting differently, but by that time, they’d already fallen in love.

The reader also learns that Greta had been married once before. Shortly after becoming involved with Einar, the looming threat of War caused Greta and her family to seek asylum in America. Separated from Einar he writes to her that they should break things off and that they most likely would never see one another again, anyway. Despondent, Greta moves on with her life and meets a man named Teddy. They marry after a whirlwind courtship.

Meanwhile, back in the present, Einar has confessed to Greta that his father once caught him and his best friend, Hans, playing house. Einar had dressed up in his mother’s old aprons and dresses, while Hans acted like the husband. Einar’s father had caught them and run Hans off. Greta determines to find Hans again after all of these years, hoping that it will make Einar happy. Greta locates Hans who sends an invitation for them to move to Paris to live there with him. They move to Paris. It is only later that it comes out that Hans never did invite them, but Greta made it up so that Einar would leave Copenhagen, as one of the doctors had been threatening to turn Einar in for lewd acts.

While Greta’s art career is taking off, Einar’s is failing miserably. In fact, Einar takes to going to a brothel, not so much for pleasure, as to see how women moved and talked, so he could try to emulate them in private. After leaving the brothel he comes to a decision. He will sort things out and decide whether he will be Lili or Einar, and if he hasn’t figured it out in a years’ time, then he will kill himself and be done with it. Greta’s brother Carlisle comes to visit them, and Einar confesses everything to him. Carlisle vows to help him. Greta also attempts to help by contacting different doctors. She meets a Doctor Hexler, who is appalled at what he considers to be an aberrant behavior by a man. Carlisle finds a doctor that believes that Einar must have a tumor in his brain and a lobotomy will fix him right up. Luckily, while visiting a friend in Germany, she meets Professor Bolk, and they begin speaking. He’s been experimenting with gender reassignment surgeries, and is willing to speak with Einar.

Einar determines that he will go to speak with Professor Bolk and have the surgery alone. When he arrives at the women’s clinic, though, no one has been expecting him and it is a few days before they can work him in. Finally, it is time for the surgery and when Professor Bolk opens Einar up he finds out that there are a pair of shrunken ovaries inside of him. He really was female, too. The surgery is successful, and after he recovers, he goes back to Germany where Greta has moved back to their old apartment. Now, as Lili, he has also given himself a last name, based on a river that they used to see from their flat in Paris.

Lili begins seeing Henrik again, and soon, they agree to marry. Greta, who has been using Lili’s recovery as an excuse to avoid living her own life, is now faced with the reality that Lili has moved on and does not need her. Hans, meanwhile, has become close to Greta and asks her to travel with him. At first she turns him down, but then changes her mind. Meanwhile, Lili excitedly tells Greta that she’s going to go back to see Dr. Bolk for one more surgery, this time to implant a uterus so that she can carry a child for Henrik.

The surgery goes dreadfully wrong and an infection sets it. Carlisle goes to the clinic and he checks Lili out, knowing that it is only a matter of time before she dies. The book ends with Lili looking out over the Elbe river, appreciating the short happiness that she has been able to have in her life.

More summaries and resources for teaching or studying The Danish Girl.