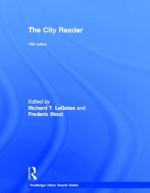 This detailed literature summary also contains Topics for Discussion and a Free Quiz on The City Reader by Richard T. LeGates.

The City Reader is a collection of fifty articles and critical writings on city planning and urbanization from the nineteenth and twentieth centuries. Organized into six sections, each with an introduction, the book examines different aspects of urbanism in different ways, presenting both broad overviews and detailed examinations of problems and proposals related to urban life over the past two centuries.

The first section, "The Evolution of Cities," includes writings from V. Gordon Childe, H.D.F. Kitto, Henri Pirenne, Friedrich Engels, W.E.B. Dubois, Herbert J. Gans, Saskia and Sassen. The second presents a variety of articles and perspectives on different aspects of civilization and how urbanization corresponded to the growth of civilization. The writers in this section present numerous cities and civilizations as case studies, including Mesopotamia, Athens and Ancient Greek, feudal England, and Rome.

In the second section, "Perspectives on Urban Form and Design," authors include John Brickerhoff Jackson, Ernest W. Burgess, Kevin Lynch, Jane Jacobs, William Whyte, Christopher Alexander, Ian McHarg, Dolores Hayden, Mike Davis, and Allan Jacobs/Donald Appelyard. Their writings examine the physical and social structures of cities and how they are constructed through different ways of shaping and structuring. These writings range from Jackson's examination of "The Almost Perfect Town," a functioning (but imaginary) town in the American Southwest to Jacobs' exploration of the use of sidewalks in city life, and how their usage and placement determines a great deal about the city itself.

"Urban Society and Culture," the third section, features articles by Lewis Mumford, Louis Wirth, Paul and Percival Goodman, Michael Young/Peter Willmott, Oscar Lewis, William Julius Wilson, Charles Murray, and Burton Pike. According to the editor's introduction, this section "asks what human culture is in an urban context and how it fragments or evolves in different social contexts." Poverty plays a particularly important role in this section, as dose race: these issues are explored in many writings, including Young and Willmott's "Kinship and Community" / "Keeping to Themselves," Lewis's "The Culture of Poverty," and Wilson's "The Black Underclass."

The fourth section, "Urban Politics, Governance, and Economics," authors John Mollenkopf, Gerry Stoker, Robin Hambleton, Saskia Sassen, John Kasarda, and Mike Savage/Alan Warde explore how cities are run and what driving factors change them. From the local scale to the global economy, this section presents numerous viewpoints and perspectives. Mollenkopf's "How to Study Urban Political Power" describes changes in scholarship over the past few decades, while Sassen and Kasarda's writings explore the effects of outsourcing to third world countries on a global and a local scale, respectively.