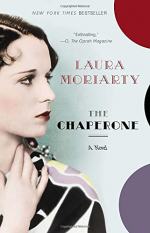 Cora’s large, multi-story house is a symbol of her unrealized desire for a large family. She ponders its emptiness now that her two sons are in the working world. She also reflects on the deeper fact that it was originally purchased for a big family that never came to be.

Louise’s distinct bobbed haircut is a symbol of her impending fame and influence. Though her look appears extremely distinct now, it will soon be replicated by women around the world.

The candy Louise offers Cora after their discussion about female sexuality symbolizes Louise’s blatant defiance for old notions about how a woman should conduct herself romantically. She aims to appear in control of her sexuality.

The corset Cora wears symbolizes her attachment to the past. Throughout the story, the corset prevents Cora from eating...