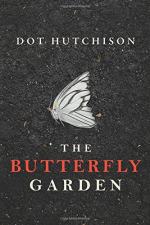 In this section, Victor determines that Maya lived in New York before she was kidnapped. She continues to refuse to reveal her real name.

Maya tells Victor how Lyonette had stayed with her until her wings were finished but that she had no interaction with the other girls. She noticed Lyonette never took her though the halls. It was not until after the Gardener finished the tattoo that he gave Maya her new name. He declared that she was his and then he raped her for the first time.

Victor is frustrated when Eddison knocks on the door and interrupts their conversation. Eddison hands Victor a bag of identification cards. He also passes over a small bag containing only one card. The picture on the card is of the girl in the interview room. The name is listed as Inara Morrissey...