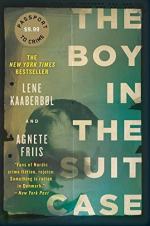 The Boy in the Suitcase Summary & Study Guide

This Study Guide consists of approximately 29 pages of chapter summaries, quotes, character analysis, themes, and more - everything you need to sharpen your knowledge of The Boy in the Suitcase.

The Boy in the Suitcase Summary & Study Guide Description

The Boy in the Suitcase Summary & Study Guide includes comprehensive information and analysis to help you understand the book. This study guide contains the following sections:

This detailed literature summary also contains Quotes and a Free Quiz on The Boy in the Suitcase by .

The Boy in the Suitcase is a crime novel by Lene Kaaberbol and Agnete Friis. In the novel, Nina Borg unravels a human trafficking plot. Nina works officially as a Red Cross nurse and unofficially as part of an underground network in Denmark. She helps illegal immigrants to settle in the country. Most of these immigrants come from Eastern Europe. In general, Nina has a compulsive need to help other people. In fact, she often neglects her own husband, Morton, and their children in the process. Though deeply annoyed, Morten loves Nina and fights to make his marriage with her work.

True to Nina's nature, when Karin (Nina’s friend and fellow nurse) asks Nina to pick up a suitcase at Central Station, she agrees to help. In the suitcase, Nina finds Mikas, a Lithuanian boy near death. Mikas must be protected from Jucas, the thug originally intended to pick up the suitcase. Jucas, who is hoping to get away from the mafia and escape with his fiancée Barbara, was to be paid one million U.S. dollars for the pickup by a Danish businessman, Jan Marquart. While pursuing the boy and the payment, Jucas erroneously believes both are in Karin’s possession. As a result, he kills her.

As Nina comes to discover, Mikas is the second son of Sigita, a Lithuanian girl. Aleksander, her first child, had been sold by Sigita’s aunt after Sigita gave birth at fifteen. Aleksander was purchased by Jan since he and his wife, Anne, could not have children. Aleksander’s kidneys are failing. Mikas will be the donor of Aleksander’s new kidneys. Jucas is outraged when he learns that his payment will not be forthcoming, for Anne has stolen the money, intending to leave Jan. Jucas then attempts to kill everyone, nearly succeeding with Jan. He is only stopped by Sigita, who herself kills Jucas. Anne determines that she will cover up the killing by telling the police that it was she who killed Jucas in self-defense.

Nina ultimately learns that Karin, who had been working as a private nurse for Jan, was horrified to learn about what was going on with Mikas. Karin then went to Nina because she knew Nina could and would help. Nina reflects sadly on the fact that there was no one there to help Karin. By the end of the novel, Nina has recommitted to her own family.

More summaries and resources for teaching or studying The Boy in the Suitcase.

The Boy in the Suitcase from BookRags. (c)2022 BookRags, Inc. All rights reserved.