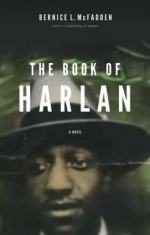 The Book of Harlan Themes & Motifs

McFadden addresses several facets of racism within her novel. In the south, blacks were not allowed in certain businesses and could not use the same restrooms or drinking fountains as white people. Harlan learned about this segregation while he was on tour with Lucille when the band had to sleep on the bus because there were no motels that would allow blacks to stay.

Emma blamed white people for being in control of her fate when she and Sam were forced out of their home in Harlem. Emma and Sam's home in New Jersey was vandalized by whites who did not want them living in the neighborhood. White people who sold their homes to blacks were also harassed by other whites.

In addition to the white versus black racism, there is within race discrimination between affluent blacks and poor blacks just as McFadden mentioned the whites...

The Book of Harlan from BookRags. (c)2023 BookRags, Inc. All rights reserved.