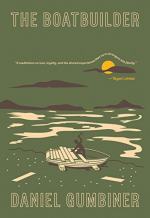 Daniel Gumbiner
This Study Guide consists of approximately 46 pages of chapter summaries, quotes, character analysis, themes, and more - everything you need to sharpen your knowledge of The Boatbuilder.

The Boatbuilder Summary & Study Guide includes comprehensive information and analysis to help you understand the book. This study guide contains the following sections:

This detailed literature summary also contains Quotes and a Free Quiz on The Boatbuilder by Daniel Gumbiner.

The following version of this book was used to create the guide: Gubiner, Daniel. The Boatbuilder. McSweeney's, 2018.

In The Boatbuilder, shortly after 27-year-old Berg suffers a severe concussion while skiing, he develops a severe opioid addiction. In an attempt to recover, he quits his job in San Francisco, and accepts a housesitting job in Talinas. Berg's headaches, however, return, and with them, his reliance on pain medications. To satisfy his cravings, he begins breaking into seemingly unoccupied homes and stealing medications.

Other than caring for Mimi's chickens and dog, Berg spends most of his initial time in Talinas drinking at the Tavern. His girlfriend Nell encourages Berg to meet people in the community, as a means of spending less time alone.

Realizing he needs a job, and a distraction from his attempt to once again taper off the painkillers, Berg answers an ad for a Sailboat Maintenance Worker. Garrett and Simon offer Berg the job on site, and he begins immediately. Though he has no relevant experience, they agree to teach him everything, including how to sail charters. Berg enjoys the work, but is not sure how it is relevant to life.

One day, Berg helps Garrett bring a boat to the local boatbuilder's shop. Driving up, Berg realizes, this is the last house he stole from. While at the shop, Berg meets Uffa, a man who works with the boatbuilder Alejandro. Through Uffa's conversation with Garrett, Berg hears they are looking for extra help building boats to supply a local drug smuggler JC's trade. After speaking with Alejandro, Berg secures an apprenticeship at the shop.

While apprenticing with Alejandro, Berg slowly becomes acquainted with the boatbuilder, his family, Uffa, and the trade. Having recently quit using cold turkey, Berg feels closer to a new life than he has in a long time. Yet, Berg continues to repress his emotions, to bury his pain in an attempt to erase the versions of himself of which he is ashamed.

One day, several months after working with Alejandro, while Berg is working with Garrett and Simon on a charter, bad weather sets in, and the mainsheet hits Berg in the head. After suffering another concussion, Berg's severe headaches return. Though Alejandro encourages him to practice nonjudgmental awareness as a means of dealing with his physical pain, Berg begins using again, believing that he needs the painkillers to fully engage with himself and his world. Though he convinces himself he has his use under control, after Berg scores a bottle of fentanyl from local addict, Lapley, Berg overdoses and is hospitalized.

Nearer death than he has ever been before, Berg's experience works as a sort of reawakening to the severity of his condition. Alejandro's unwavering attention and care to him as he recovers from the withdrawal, gradually pulls Berg out of his pain. Not long afterwards, however, Berg gets into a fight at the local bar, and suffers yet another concussion. Alejandro again stays by his side, reminding him there is nothing he can do now to change what happened.

Through Alejandro, Berg moves closer to achieving spiritual and psychic balance by the end of the novel.

More summaries and resources for teaching or studying The Boatbuilder.

The Boatbuilder from BookRags. (c)2022 BookRags, Inc. All rights reserved.