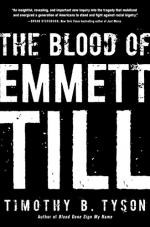 The Blood of Emmett Till Summary & Study Guide

Timothy B. Tyson
This Study Guide consists of approximately 39 pages of chapter summaries, quotes, character analysis, themes, and more - everything you need to sharpen your knowledge of The Blood of Emmett Till.

The Blood of Emmett Till Summary & Study Guide Description

The Blood of Emmett Till Summary & Study Guide includes comprehensive information and analysis to help you understand the book. This study guide contains the following sections:

This detailed literature summary also contains Topics for Discussion on The Blood of Emmett Till by Timothy B. Tyson.

The Blood of Emmett Till by Timothy B. Tyson begins with the author interviewing Carolyn Bryant, now 80 years old and still in hiding after many years. She gives him a transcript of the trial and her unpublished memoir that purportedly tells the truth about what happened on that August day in 1955 when Emmett Till entered her husband’s small grocery store and had some sort of encounter with her.

Emmett was fourteen-years-old in 1955 and had come to visit his great-uncle Mose Wright and his cousins down in Money, Mississippi. His mother, Mamie Bradley, had warned him to be exceptionally conscious of the way he addressed white people, especially white women. Black men, women and even children were still being lynched in the South, but the biggest justification leveled against black men was that they had tried to rape white women. He entered the store to buy some candy, and he allegedly chased her around the store, grabbed her by the waist, asked her for a date, and said he had been with white women. The exact details remain unknown, and her memoir supposedly will set the record straight. It will not be published until 2036, however.

After this initial encounter, Emmett’s cousin entered to pull him out of there while Carolyn went to her husband’s car to grab a gun. Emmett let out a long wolf-whistle as his cousins hurried him back to his uncle’s place. During the night, Carolyn’s husband, Roy Bryant, and brother-in-law, J. W. Milam abducted the boy and brought him to a barn where they murdered him. They then attached a cotton gin fan to his neck with barbed wire and dumped the body in the Tallahatchie River. Emmett’s body rose to the surface, and was discovered by a young white boy who had been checking his fishing lines. When the body was taken from the river, authorities encountered a ghastly sight. One of Emmett’s eyes was missing, the other was dangling from its socket, and his skull had been crushed so violently that pieces of it fell off. The local authorities wanted the body buried quickly and quietly, but his mother ordered the body shipped to Chicago.

When the pine box arrived at the funeral home, onlookers gasped in horror after opening it. Despite her sadness, Mamie arranged for an open-casket funeral so that all the world could see what they had done to her child. Funeral goers collapsed and wept at the sight while television stations showed footage of fainting mourners, and newspapers and magazines published photographs of the body. The case attained national and international attention. Previous accounts of black men lynched in Mississippi had received little to no notice, but the world now directed its anger at the Magnolia State.

Equally surprising was the fact that Bryant and Milam were charged for the murder and that a trial even occurred. Everyone involved expected a verdict of not guilty, but a number of black witnesses, most notably Emmett’s great-uncle Mose, found the courage to accuse two white men of killing a black boy—a brave act that could easily have gotten themselves killed. The trial’s international media coverage also helped to solidify the Civil Rights Movement, the NAACP, grassroots political activism, and the recognition by both blacks and whites that similar outrages needed to end.

The book concludes with an examination of what young black men still encounter today in cities like Chicago. Young black men are more likely to be incarcerated or murdered than whites; they receive less education, have bleak job prospects, and conduct internecine warfare over turf and drugs that leave their mothers bereft of their sons and their children fatherless. This creates even more stress for black mothers to raise their children without financial support let alone a nominal spousal presence. Despite this current situation, the death of Emmett Till has also created a generation of the “Children of Emmett Till,” who took a long and hard look at racism in their own lives. The case thus shaped their decisions to walk proudly, to educate themselves, and to fight for justice. The death of Emmett Till was a mental, political, and ideological earthquake that began to topple long-held assumptions about the inferiority of blacks and their treatment in America.

More summaries and resources for teaching or studying The Blood of Emmett Till.

The Blood of Emmett Till from BookRags. (c)2022 BookRags, Inc. All rights reserved.