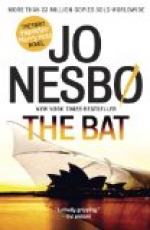 The Black Snake is an important figure in Aboriginal mythology. In a story told by Toowoomba, the snake tricks the other animals by posing as their protector. Then, the snake hides in the bushes and gradually gets revenge on his enemies. In this novel, the snake symbolizes Toowoomba, whose behavior mimics that of the snake in the legend. Black Snake is also the name of the cocktail that leads Harry back to alcohol.

The Jim Chivers Boxing Team is a group of boxers that tours Australia. Toowoomba is a member and this is where he met Andrew, a former member who was known for his bloodthirsty style of fighting. The team is important in terms of the history between Toowoomba and Andrew as well as the role its schedule plays in identifying the murderer.