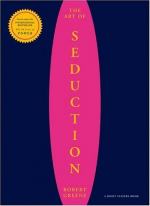 The Art of Seduction Setting & Symbolism

Robert Greene (author)
This Study Guide consists of approximately 53 pages of chapter summaries, quotes, character analysis, themes, and more - everything you need to sharpen your knowledge of The Art of Seduction.

This world famous city figures repeatedly in the book as a bastion of culture and romance.

This film turned out to be a bit of a disaster for an actor as he was 'abandoned' so that Marlene Dietrich could be pushed into a role she did not want. . . making the film a success and improving her career.

A young man spent this money on a present for a woman named Otero and then spent 3 nights as her lover.

In this book, this is meant metaphorically. You should view it as a sign of progress when you have your hooks into someone.

This city, once the seat of its own empire, has long since turned into a respectable city within the nation of Italy.

An important city in Italy, held as...

More summaries and resources for teaching or studying The Art of Seduction.

The Art of Seduction from BookRags. (c)2022 BookRags, Inc. All rights reserved.