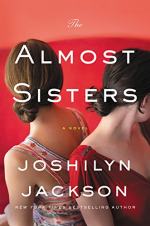 Jackson, Joshilyn
This Study Guide consists of approximately 44 pages of chapter summaries, quotes, character analysis, themes, and more - everything you need to sharpen your knowledge of The Almost Sisters.

This detailed literature summary also contains Quotes and a Free Quiz on The Almost Sisters by Jackson, Joshilyn .

The following version of this book was used to create this study guide: Jackson, Joshilyn. Almost Sisters. William Morrow, 2017.

The novel begins with Leia, the 38-year-old narrator of the novel. She works as an artist for some of the most renowned comic book companies in the world and has created a graphic novel of her own called Violence in Violet. A few months before the novel starts, she had gone to a comic book convention and met a black man dressed as Batman. They had slept together and a few months later she finds out she is pregnant. She is surprised but delighted to be having a child, though she is embarrassed about telling her family how it had happened. In June, she feels her baby, Digby, kick and decides it is time to tell her family. She is particularly excited to tell her grandmother, Birchie, who is descended from the founders of Birchville, Alabama. However, Leia does not know that her grandmother is in the late stages of dementia.

Birchie lives with her best friend Wattie, a black woman who she had been raised with and been close to her whole life. During a church event, Birchie behaves uncharacteristically and the town realizes that there is something wrong with her. Leia goes to her stepsister Rachel’s house for their usual family brunch and runs into Rachel’s husband, Jake. Jake had been Leia’s best friend in high school, but after his father dies and they sleep together, their friendship ended. Leia never told Rachel about the event. Jake leaves the house and Leia encounters a disheveled Rachel. She had fought with Jake and unbeknownst to them, their 13-year-old daughter, Lavender, had witnessed fight. While trying to find out what had happened, Leia receives texts about Birchie and decides to go to Birchville to check on her grandmother.

Leia drove to Birchville and thought about the prequel to her graphic novel that she was supposed to be working on. Lavender was making with trip with her and accidentally uncovers Leia’s pregnancy. In Birchville, Leia discovers that Birchie’s condition is bad and decides that she would have to put her in a nursing home. Neither Birchie nor Wattie wants to go, but Leia insists and tells them that she had hired an estate company to go through the old house. Birchie and Wattie enlist Frank Darian and his sons to move a trunk down from the attic and into Leia’s rental car. Wattie crashes the car when she tries to steal it with Birchie in the front seat. Leia opens the trunk and finds human remains.

Leia catches Lavender and Hugh Darian looking on Facebook to find her Batman. Lavender tells Leia that she messaged him saying hello. Rachel drives down to Birchville and tells Leia that Jake had gotten the family into a bad financial situation and that he had been about to leave them in order to avoid the repercussions. Leia calls Jake and tells him to call his daughter. She messages Batman and starts a conversation with him in order to determine whether or not he would be a worthy father for Digby.

Leia goes to church with her family and the are confronted by Martina Mack, insinuating that Birchie had murdered her own father. Leia rings Frank and finds out that the bones are likely to have been Ellis Birch’s and that he had been struck on the head with a hammer. Later that day, Leia asked Birchie if she had killed her father and she confirms it. Wattie tells Leia she had helped cover up the murder at Birchie’s request. Leia hears Lavender sneaking out and follows her, seeing her and Hugh throw toilet paper Martina Mack’s yard. Leia confronts Martina when she sees that she has a shotgun and aims it toward the children. She and Lavender walk home and find Jake on Birchie’s porch. Leia calls Batman and tells him she is pregnant.

The next morning, the family go clean up Martina Mack’s yard and on their return home they find Batman waiting on the porch. Batman whose real name is Selcouth Martin, tells Leia he wants to be present in his child’s life. They kiss, deciding they liked each other but are interrupted by a screaming Birchie. In the dining room, Birchie was brandishing a fork and attacks the painting of her father. Batman leaves the next day, unable to miss more time off work. He begs Leia to come to Atlanta soon to meet his family.

On orders from the prosecutor, Regina Tackrey, Cody Mack comes to the house to collect DNA from Birchie. She is uncooperative, so Leia demonstrated the process on Wattie. Birchie takes the test but when Cody’s back is turned, Leia switches the tests. Birchie told her that the test would still come back positive as Wattie was also Ellis’ daughter. Birchie meets with Tackrey, confessing to her crime and telling her that she had killed her father because he had been raping Wattie’s mother over decades and had no plans to stop. She takes responsibility for the swapped DNA tests and says that her late husband, Floyd, had been the one who helped her hide the body.

Leia decides to move to Birchville to help take care of Birchie in her final moments. She begins writing a sequel rather than a prequel for Violence in Violet, inserting her son into her story. She gives birth to her son, now named James who Birchie gets to meet before she passes.

More summaries and resources for teaching or studying The Almost Sisters.