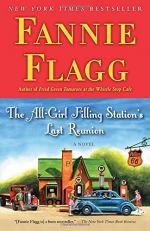 The book begins with a quote from Mrs. Earle Poole, Jr. She says that if she had been told a few years earlier that she would be at that reunion, she would not have believed it. It is in the first person, present tense point of view.

The Prologue was called “The Beginning – Lwow, Poland, April 1, 1909. It was in omniscient point of view and told in past tense. Stanislaw Jurdabralinski was 14 years old when he left Poland for the U.S. His brother already lived in Chicago and had a job waiting for him. Stanislaw had been told that with hard work, anything was possible in America.

“The Most Unusual Week – Point, Clear, Alabama, Monday, June 6, 2005, 76 Degrees and Sunny” is the first full chapter of the book and is told from the omniscient point of view in...