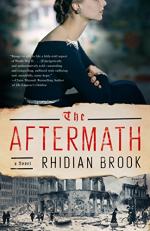 The novel takes place in post-WWII British-occupied Germany, particularly in the city of Hamburg. It is known as Tommyland to the Germans and is run by British officers under the leadership of Colonel Lewis Morgan. Three years before, the city was completely destroyed when it was set on fire during the Anglo-American air raids, killing more than 40,000 people and displacing one million more. Hamburg is now reduced to ruins, covered in rubble, dead bodies, and ash. Orphans forage for food and squat in the remains of abandoned buildings and the Allied forces focus on the De-Nazification and reconstruction process.

The majority of the novel is set within the house that formerly belonged to the Lubert family. It is a beautiful modernist mansion on the bank of the Elbe river, designed in an opulent artistic style. As was custom practice, the house was requisitioned after the...

The Aftermath from BookRags. (c)2022 BookRags, Inc. All rights reserved.