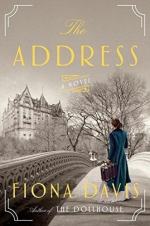 Davis, Fiona
This Study Guide consists of approximately 44 pages of chapter summaries, quotes, character analysis, themes, and more - everything you need to sharpen your knowledge of The Address.

The Address Summary & Study Guide includes comprehensive information and analysis to help you understand the book. This study guide contains the following sections:

This detailed literature summary also contains Quotes and a Free Quiz on The Address by Davis, Fiona .

The following edition was used to make this study guide: Davis, Fiona. The Address. Dutton, 2017.

In 1884, Sara Smythe is working another difficult day as the head housekeeper at Langham Hotel in London when she notices a young girl perilously playing around an open window far off the ground. After running across the hotel to the room and successfully bringing the girl back to safety, Sara is offered a job by the girl's American father, Mr. Theodore Camden, as the head housekeeper for a new apartment building he is opening in New York City. She accepts the offer, knowing that it likely means leaving her home country behind forever. The new building, the Dakota, is large, elegant, and completely far away from the populated parts of the city. In her first day on the job, Sara is unexpectedly promoted to be the building's manager, in charge of the 150 staff members, and she rises to the challenge.

In 1985, Sara's great-granddaughter, Bailey Camden, is almost completely out of options of places to work or live after she emerges from three months in rehab for drug and alcohol abuse. Her cousin Melinda, a posh heir to the Camden fortune, and offers Bailey an interior design role as part of Melinda's quest to give the Dakota a modern facelift. Although Bailey and Melinda begin to clash about how to best renovate the Camden, Bailey begins to enjoy exploring the storage rooms of the Dakota, full of items that had been in the building for a hundred years.

As the first residents move into the Dakota in the fall of 1884, Sara begins to fall in love with Mr. Camden, even though he is married. With Mrs. Camden frequently sick or absent, Theo also pursues Sara, taking her on wonderful trips to the city and buying her gifts. After Theo takes Sara as his guest to a high-society masquerade ball, they make love back at the Dakota. Sara becomes pregnant, and also increasingly woozy and sick, faltering in her job for the first time. Sara is then framed for stealing one of Mrs. Camden's expensive pieces of jewelry, and she is suddenly sentenced to the cruel, prison-like Blackwell Island Women's Asylum.

Bailey continues to uncover more artifacts from the Dakota's basement, while getting her personal life on track by attending AA meetings. Bailey finds correspondence that leads her to believe that she may actually be a blood relation of Camden, plus she also finds an expensive artifact, a sheath for a 16th-century knife, that has blood stains on it. In an attempt to gain ownership of the sheath, Melinda and her boyfriend Tony insist on carrying out a DNA test, which must be done by a male and costs $1,000 -- money that Bailey does not have.

Despite making a friend at the Asylum who is sound of mind, a woman named Natalia, Sara is incredibly despondent after she gives birth but is told that her baby is stillborn. Sara is freed from the Asylum when it turns out that her cellmate, Nellie, is in fact an undercover journalist, who shares Sara's story in an elaborate newspaper story. After returning to the Dakota, Sara begins to work as Theo's primary assistant in his new solo architectural firm. While Sara is initially upset that Theo and Mrs. Camden have adopted a young orphan, Christopher, all three adults quietly agree on an arrangement where Theo and Sara are lovers while Theo and Mrs. Camden continue to raise their young family together.

During an otherwise picturesque day where Sara, Theo, and the children go to watch the Statue of Liberty being delivered, Sara is bothered by an offhand comment made by Theo. She investigates by visiting her former assistant, Daisy Cavanaugh, in prison. Daisy reveals that she had blackmailed Theo by telling him about Sara's pregnancy, and that Daisy had both drugged Sara during her pregnancy, and also framed her for stealing Mrs. Camden's jewelry. Sara returns to the Blackwell Island Asylum, hoping to see her unborn child's grave, but is surprised to learn that the child lived. When Sara follows the public records, she discovers that her child is in fact Christopher.

Feeling deeply betrayed by Theo, Sara and Mrs. Camden both confront him in the Camden's Dakota apartment. Mrs. Camden stabs Theo to death, but Sara agrees to be framed for the murder, allowing the more socially mobile Mrs. Camden to raise Christopher. As Sara sullenly spends her life in prison, she is comforted by the few precious memories she had with Christopher.

After Bailey's dad, Jack, surprisingly agrees to pay for and take the DNA test, they discover that, as descendants of Christopher, they are in fact due to inherit the $3 million Camden fortune, while Melinda, descendant of Luther, is not. Bailey maintains her sober lifestyle and begins a relationship with Renzo, one of the Dakota's employees.

More summaries and resources for teaching or studying The Address.

The Address from BookRags. (c)2022 BookRags, Inc. All rights reserved.