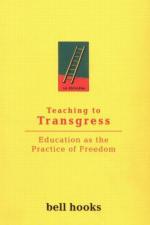 Teaching to Transgress: Education as the Practice of Freedom Quotes

Bell hooks
This Study Guide consists of approximately 30 pages of chapter summaries, quotes, character analysis, themes, and more - everything you need to sharpen your knowledge of Teaching to Transgress.

"And though these black women did not openly advocate feminism (if they even knew the word) the very fact that they insisted upon academic excellence and open critical thought for young black females was an antisexist practice" (p. 53).

"Let me say that I wrote Ain't I a Woman: Black Women and Feminism when I was an undergraduate" (p. 53).

"And in the ensuing dialogue I was told that I had not been invited to the various meetings for fear I would disrupt discussions of more important issues by raising feminist critiques" (p. 55).

"...Paulo intervened to say that these questions were crucial and he addressed them. Truthfully, I loved him at this moment for exemplifying by his actions the principles of his work" (p. 55).

"...in the presence of Paulo...I spend hours alone with him...Seriously...

More summaries and resources for teaching or studying Teaching to Transgress: Education as the Practice of Freedom.

Teaching to Transgress: Education as the Practice of Freedom from BookRags. (c)2021 BookRags, Inc. All rights reserved.