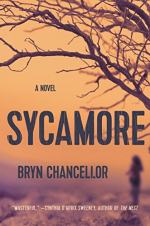 Chancellor, Bryn
This Study Guide consists of approximately 39 pages of chapter summaries, quotes, character analysis, themes, and more - everything you need to sharpen your knowledge of Sycamore.

The Wash is the site of a lake that disappeared into a sink hole. Jess fell into the wash during a rainstorm and drowned. It is the site where Laura Drennan finds Jess’ bones. It is also the site where Stevie takes rocks in a wheelbarrow.

The bakery is owned by Esther Genoway. It is a business that Esther started after she quit teaching at the high school. After the memorial service, Roberto goes by the bakery and sees Esther. Roberto makes a pass at Esther. Though Esther initially refuses, she gives in to Roberto.

Ms. G’s Classroom is where Jess and Dani meet. Ms. G (Esther) allows students to have lunch in her classroom as opposed to the cafeteria. She introduces the two girls.

The Newell House is where Jess and Adam first meet. Jess spends...

More summaries and resources for teaching or studying Sycamore.