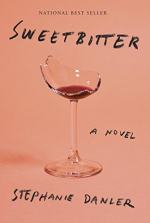 This detailed literature summary also contains Quotes and a Free Quiz on Sweetbitter by Stephanie Danler.

Sweetbitter tells the story of a 22-year-old woman and the first year she spent in New York where she worked at an elite restaurant. The young woman narrates her own story but her name is not revealed for a large portion of the narrative.

In section one, Summer, the narrator arrived in New York and applied for a job at a restaurant. She began a trial phase at the restaurant and quickly felt overwhelmed by the fast-paced and demanding working environment. She became intrigued by one of the managers, Simone, an enigmatic woman with a passion for wine. The narrator noticed that Simone shared a special bond with an attractive bartender at the restaurant named Jake. As the narrator settled into her new job, Simone took her under her wing and began to educate her about the art of winetasting. The narrator got to know her colleagues and began to socialize with them outside of working hours. Jake shared some of the restaurant's oysters with the narrator in secret. At the end of the season, the narrator felt sufficiently included in the life of the restaurant to join in making fun of a new employee, showing that she was no longer the new girl at work.

In section two, Autumn, the narrator learned more about Simone and Jake’s past when they told her that they grew up together. The narrator learned that Simone had once been engaged to a wealthy customer from the restaurant but that she did not marry him. A waitress at the restaurant was fired for having an affair with Howard, the manager who had given the narrator a job. The narrator became more and more dependent on alcohol, drugs, and prescription medications to cope with the demanding nature of her job. Jake left her a gift of figs in her locker and later kissed her while they were at a bar.

Section three took place during Winter. Simone and Jake left the city together to visit Simone’s family for Thanksgiving while the narrator stayed in New York alone. The narrator bumped into Jake at a concert and he took her out for dinner in a diner. The narrator attended a New Year’s Day party held for the restaurant employees and was given an award for being the member of staff that everyone would most like to be stuck in an elevator with. When she was given the award, it was finally revealed that the narrator’s name is Tess. Jake said that her award meant that people thought she was a whore and Tess was very upset. Jake apologized and they had sex. Tess and Jake began hanging out alone together outside of work. Tess felt more confident at work and flawlessly discussed a French variety of grape with some customers while they were ordering wine.

The final section of the novel is Spring. Simone invited Tess and Jake to her apartment for dinner and Simone and Jake gave Tess a birthday cake. An ex-waitress named Samantha who had married a wealthy customer visited the restaurant one night and Simone was very upset. In a reversal of their usual dynamic, Tess had to help Simone get through her shift. Tess realized that Simone did not really love her job and wished that she could have married a wealthy man like Samantha had. Jake explained to Tess that Simone had raised him after his mother had died when he was eight years old. Tess discovered that Simone and Jake were planning to spend a month in France together without telling her about it. She spent a night fueled by alcohol and drugs banging on Simone’s door because she knew Jake was inside, but they ignored her. Tess decided to sleep with Howard in order to get a promotion. Simone found out about it and told Tess she was being transferred to another, less prestigious restaurant. Tess decided to quit instead in order to pursue a career in the wine industry.