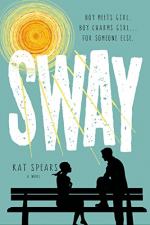 This detailed literature summary also contains Quotes and a Free Quiz on Sway by Kat Spears.

Jesse Alderman is known by the nickname Sway because of his ability to influence everyone around him. He runs several business operations including hiring intelligent students to complete homework assignment for less academically gifted students, procuring alcohol for high school parties, and dealing drugs. Jesse kept himself busy so that he could avoid the painful emotions caused by his mother’s death a year before the narrative of the novel took place. He developed a cold, detached, and cynical view of humanity which meant he felt no empathy for other people and felt no guilt about his own actions.

Jesse’s life changed when the captain of the football team, Ken Foster, paid Jesse to help convince Bridget Smalley – a beautiful and selfless senior who volunteers at a center for disabled children - to date him. Jesse followed Bridget and introduced himself to her in order to gather information to help Ken, but in the process Jesse ended up falling in love with Bridget and befriending her younger brother Pete who suffers from cerebral palsy.

Jesse quickly gathered enough information to help Ken convince Bridget to date him by pretending that they shared common interests. Ken and Bridget became a couple. Although Jesse didn’t like it when Ken and Bridget started dating, he convinced himself it was for the best because he believed he wasn’t emotionally capable of being in a romantic relationship. Jesse’s friendship with Bridget’s younger brother Pete developed and the two boys became close friends. Jesse took Pete to parties, nightclubs, and to the home of a local drug dealer. Bridget and Pete’s parents became concerned that Jesse was a bad influence.

Ken became jealous of Jesse’s growing friendship with Pete and was convinced that Jesse was only using Pete in order to get closer to Bridget. Ken beat up Jesse in the school parking lot and warned him to stay away from Pete’s birthday party. Jesse ignored Ken’s warning and attended the birthday celebration along with Ken, Pete, Bridget, and their parents. Ken confronted Jesse and threatened him again. To defend himself, Jesse claimed he only befriended Pete as a way to help Ken get closer to Bridget and said that he didn’t really care about him. Pete overheard their conversation and found out that Ken had paid Jesse to set him up with Bridget. Although Pete initially told Jesse he wasn’t going to tell Bridget about his arrangement with Ken, he later went back on his word and told Bridget the truth at the homecoming dance.

Bridget was extremely angry about the revelation. She broke up with Ken and refused to speak to Jesse. However, Jesse still cared about Bridget and used all of his influence and ‘sway’ to make sure that the Special Olympics event she was planning for disabled children was a success. He used his leverage with the school principal to make sure Bridget was granted permission to hold the event at their high school and convinced an elderly friend to donate enough money to fund the event.

Although he believed he’d ruined his chances with Bridget, their relationship proved to Jesse that he was still capable of feeling deep emotions. Jesse hadn’t played his guitar since his mother’s death, but in the final chapter he performed with his guitar in public and Bridget saw the performance. Jesse apologized to Bridget and, at long last, they kissed.