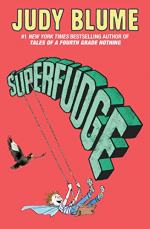 New York City is the home of protagonist Peter and his family as the novel begins. They leave the city to experiment with a new life in Princeton, New Jersey.

Princeton is the city in New Jersey to which Peter and his family move, because of Dad's desire to take a leave of absence from his job and to try writing a novel. Peter initially resists and resents the idea, but eventually comes to enjoy his time in Princeton.

The house in Princeton to which Peter and his family move is the setting for much of the novel's action. It is larger and older than their home in New York, and comes with a back yard. While Peter initially finds the house uncomfortably different, he eventually settles into it and feels as though it is at least a temporary home...