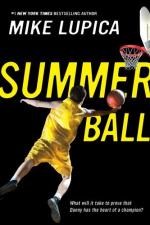 Mike Lupica
This Study Guide consists of approximately 35 pages of chapter summaries, quotes, character analysis, themes, and more - everything you need to sharpen your knowledge of Summer Ball.

Summer Ball by Mike Lupica is a coming of age novel of particular interest to young boys. It follows 13-year-old Danny Walker as he attends an elite summer basketball camp in the hope of finding out whether his lack of height will prevent him from being able to play against bigger and stronger players.

Danny lives in Middletown, Long Island with his parents, Richie and Ali Walker, who have recently reconciled after a long separation. Danny, like his father before him, is a star basketball player whose elite travel team won the national championship in their age group, largely behind the skills of Danny and his friends Will and Ty. But Danny has a serious concern — he is very short for his age and since his father is also less than 5'10" tall, he is unlikely to grow to be as tall as he'd like to be a better basketball player. In the beginning, his height didn't hold him back, but in the past year other boys have been getting taller and he is having trouble competing. He is also considerably shorter than his close friend, Tess Hewitt, on whom he has a not-so-secret crush, but their relationship has cooled since she began hanging out with a new boy who shares her interest in tennis.

As the summer following his 8th grade year begins, Danny's big concern is his upcoming trip to Right Way, an elite basketball camp in Maine. He should be excited about the experience, but he is afraid he'll learn that he is simply too short to play against the top players he'll find there. Making matters worse, just before he, Will and Ty leave for camp, he hurts Tess' feelings and fears that their friendship might be over.

At the airport, Danny and his friends meet and become friends with Tarik Meminger, and upon their arrival they meet Nick Pinto, one of the camp counselors. Things go wrong for Danny immediately when he learns that there's been a mix-up in his housing situation and he'll be living in a bunkhouse for 11- and 12-year-olds rather than with his own 13- and 14-year-old friends. However, he passes up a chance to move after meeting Zach Fox, a boy who is short like Danny and miserable at camp, so Danny feels an obligation to look after him.

Danny also meets his coach, Ed Powers, a tough former college coach who takes an immediate dislike to Danny. Also on Danny's team is Rasheed Hill, a black kid from Baltimore who played on the team Danny's team beat for the national championship and who still holds a grudge. Adding to his bad luck is Lamar Parrish, a tough black kid who is such a star player that he is allowed to get away with anything he wants on and off the court and who also takes an immediate dislike to Danny.

As camp progresses, Danny finds himself sitting on the bench in favor of Rasheed, and when he does get into the game, he seems to find a way to fail. When Coach Powers suggests that he switch from basketball to soccer because of his height, Danny decides to do something he's never done — quit. He hatches a plan to fake an injury that will get him sent home, but changes his mind when he learns that Tess is just across the lake from camp, visiting her uncle. He mends his relationship with her and she provides the encouragement he needs to stick it out despite his unhappiness at camp.

Eventually Danny and Rasheed put their rivalry behind them and become close friends and allies both on and off the court. Their friendship and ability to work together enable them to turn their team around in time to face down Lamar and his team in the camp's championship game, and Danny learns that while he could be a good soccer player if he wanted, he's really a basketball player despite his height.

More summaries and resources for teaching or studying Summer Ball.