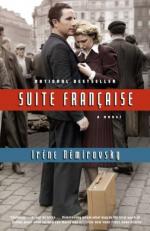 Jean Marie Michaud has been wounded and is in the bombed train when the wound reopens. He is not in good condition, but is traveling in a truck driven by a Major, but the truck runs out of fuel and Jean Marie is taken to a small farm where a kind family cares for him. The major gets the soldiers distributed and goes on bicycle to look for fuel, but is taken prisoner by German soldiers. The wounded never get to the local hospital.

Jean Marie is feverish and in and out of consciousness. A woman sitting with him hopes only that someone is taking just as good care of her own husband. A young girl of the house puts some fresh cherries next to his cheek, which soothes him.