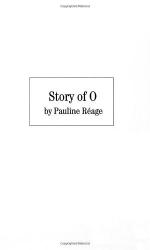 Pauline Réage
This Study Guide consists of approximately 52 pages of chapter summaries, quotes, character analysis, themes, and more - everything you need to sharpen your knowledge of Story of O.

This detailed literature summary also contains Topics for Discussion on Story of O by Pauline Réage.

This novel, sexually explicit without being crude, is indeed the story of O, a woman whose love for a man leads her to increasingly submissive behavior - allowing herself to be sexually used, violently beaten, and physically mutilated, which releases her independence of thought, and eventually causes her to abandon her individual identity. As O's submission deepens and becomes more extreme, the novel simultaneously deepens its thematic explorations of the relationship between surrender and freedom, the nature and demands of love, and the spiritual aspects of sexual desire.

The Story of O begins as O is taken by Rene, referred to repeatedly as "her lover", to an isolated chateau in the French countryside, where she is ritualistically and repeatedly subjected to the constant, at times violent, sexual desires of the men there. She is, she is told, being trained in the way of submission, learning how to dress, behave, and react in total sexual obedience as a manifestation of her love for her lover, her trust in him, and her faith that he loves her in return. Over the painful course of several weeks, O is trained physically, mentally, emotionally, sexually, and spiritually in the ways of surrender. Rene eventually returns, tells O that she is to be taken back to their home, and prepares to leave with her. As they go, O is presented with a ring made of iron lined with gold, which she is to wear constantly as a signal to her, to her lover, and to anyone (male or female) who understands the life and teachings of the chateau, that she is sexually available.

Upon returning to her life in Paris, O finds herself transformed. Not only does she dress differently (in a much more sexually available fashion), her colleagues at the fashion magazine where she works as a photographer comment on the change in her attitude and presence - she seems, to them, to be calmer and more peaceful. At the same time, however, O is thrown into a sexually charged turmoil over Jacqueline, a beautiful model who, in O's eyes, may or may not be flirting with her. One day, O is surprised and shocked to discover that Rene intends to share her with a man who is, in many ways, an older brother to him - Sir Stephen, a British businessman and aristocrat. Sir Stephen, O soon realizes, is to be her sole master - Rene, out of respect for him, cedes more and more sexual and physical control of O. For her part, O is at first determined to remain as emotionally faithful as she can to Rene. As time goes on, however, O becomes more and more deeply devoted to Sir Stephen, coming to think of the brutal way he treats her as a sign of her worthiness to be cared for. Eventually, Sir Stephen takes O to meet Anne-Marie, the woman who, O learns, will arrange for Sir Stephen to mark her with the ultimate sign of that worth: branding with a hot iron.

Following her acceptance of Sir Stephen's brand, O returns to her life in Paris where she is told by Sir Stephen to do whatever it takes to bring Jacqueline under his control; the goal of which, he says, is to get Jacqueline to the chateau. At first, O refuses, having fallen in love with Jacqueline herself. Later, however, when she sees the merciless way Jacqueline treats Rene (who has fallen in love with her) and when she (O) also realizes that her devotion to Sir Stephen is now so complete that she will do anything in order to please him, O manipulates Jacqueline into at least considering a trip to the chateau. O also becomes involved with Jacqueline's half-sister Natalie, who seems much more eager than her sister to follow O's path. Just what that path involves is made clear to Natalie when O, following the directions of Sir Stephen, is put on as a nude, silent, sexually titillating display at a party. The action of the novel concludes here, but an epilogue reveals that upon returning to the chateau, O was abandoned by Sir Stephen. The epilogue also suggests that there is an alternate ending to this story - that upon learning that Sir Stephen was to leave her, she begged to be allowed to die rather than left alone. Sir Stephen, narration reveals, gave his permission.

More summaries and resources for teaching or studying Story of O.