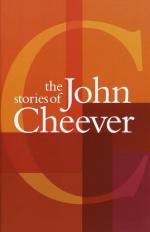 "A Miscellany of Characters That Will Not Appear" is a list of short descriptions of people or things that will not or have not appeared in the Cheever stories. The list is rather humorous and includes Marlon Brando, lushes, "scornful descriptions of American landscapes," explicit sex, or the detailed lives of homosexuals.

"The Chimera" is the story of a man living a typical suburban life. The man becomes bored and begins to blame his wife for ruining his life. The couple insults each other and both claim they never had the opportunity to do things they've always wanted to do. The wife wanted to be a congresswoman; the man dreamed of climbing the Matterhorn.

The man decides to have an affair. The man's conscience gets the better of him and he casts the idea aside. That night, the man invents his...