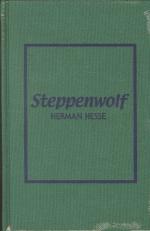 German poet and novelist Hermann Hesse was born on July 2, 1877, in the small town of Calw, in the German state of Württemberg. His father, Johannes, worked for a publishing house and had also, along with his wife Marie Gundert, been a missionary in India.

In 1891, Hesse entered the Protestant Theological Seminary at Maulbronn, but he ran away from the seminary after six months, and his father removed him from the school in May 1892. Even at this young age, Hesse had already decided he wanted to be a poet. He worked in a clock factory and then as an apprentice in a bookshop in Tübingen, during which time he read widely, especially the work of Goethe and the German Romantic poets.