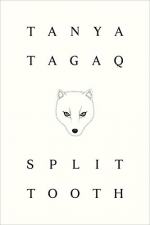 Tanya Tagaq
This Study Guide consists of approximately 39 pages of chapter summaries, quotes, character analysis, themes, and more - everything you need to sharpen your knowledge of Split Tooth.

The following version of this book was used to create this guide: Tagaq, Tanya. Split Tooth. Viking, 2018.

Tagaq’s novel is divided into over 60 prose chapters and poems. These chapters and poems are extremely short, ranging from half a page to five or six pages in length. The novel generally follows a linear timeline from the narrator’s childhood to her death, although the novel also includes dreams, visions, and memories. The majority of the novel is narrated in the first person, although a few poems and chapters use the second person as the narrator reflects on herself.

The novel begins in the springtime, with the narrator and her cousins hiding in a closet as the adults in the house drink and party. The narrator describes instances of sexual abuse throughout her childhood. As a prepubescent child, she spends time with her peers in various houses and sheds in town, often attempting to hide from the teenagers and adults in town who spend much of their time drinking or using drugs. She is self-conscious about her appearance, especially as she develops a rivalry for the attention of the cute boy in class with Alpha, the alpha female in school who is the leader of a group of bullies.

Her lack of power in her own life starts to shift as she reaches puberty. She first sees the spirit world when she sees an angry ghost and defeats him, with the help of her cousin. Then, she has a dream in which she has oral sex with a fox, which is her first consensual sexual experience. After this, she begins to develop her spiritual relationship with the land, going out on the tundra more and more often. In town, she begins to use substances such as butane to get high and dissociate from the pain of her everyday life. Her relationship grows with the cute boy, whom she begins to call Best Boy.

The narrative skips over her time in residential school, moving from her adolescence to her return to town at the age of seventeen, after she attempted suicide at residential school. She goes out onto the tundra and has a sexual experience with the Northern Lights, through which she becomes pregnant. As her pregnancy becomes more obvious, her relationship with Best Boy grows and her relationship with her parents becomes strained. She meets Helen, Best Boy’s grandmother, who helps her give birth with a traditional ceremony. She gives birth to twins, Naja and Savik, who represent healing and sickness in the world, respectively. When she takes them home, Savik’s negative energy kills her uncle and starts to negatively influence her father. The narrator moves in with Best Boy in order to protect her father from Savik’s influence. However, Savik starts to negatively impact Best Boy, and the narrator eventually realizes that she must kill Savik to protect her family.

The narrator goes out onto the tundra to kill Savik, but Savik turns into a seal and escapes into the Arctic water. Because of Savik’s connection with Naja, the sensation of the cold Arctic water kills Naja. The narrator puts Naja’s corpse in the water, where she fuses with Savik and they swim away as a seal. The narrator herself dies, but does not enter the spirit world because she overdosed on pills before killing Savik. Instead, she becomes a voice of Lament, riding the Arctic wind in search of her children forever. The novel concludes with the narrator reflecting on a dream in which her grandmother told her she would go to hell in order to act as a guardian and protect the world from the power of hellfire, and two poems. The final poem describes the process of experiencing trauma and healing from it, ending with an imperative, “Start again” (189).

More summaries and resources for teaching or studying Split Tooth.