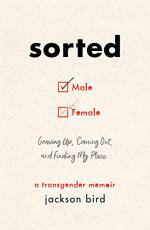 Sorted: Growing Up, Coming Out, and Finding My Place Setting & Symbolism

Texas is where Jackson grew up and where he spent his first year of University. In his description, Texas is a place where traditional and stereotypical gender norms are omnipresent. This binary and stereotypical understanding of gender played a significant role in shaping Jackson's early understanding of gender expression and identity. Furthermore, as a conservative, Republican state, Texas has an overarching culture that is not particularly open or supportive for the LGBTQ+ community. There is a lack of accurate education around these topics, as well as around sex and relationships education in general. It is clear that Jackson's experience growing up in Texas is at least partly responsible for the many misconceptions he harbored and miseducation he received at an early age about LGBTQ+ experiences and identities.

Though it is still in Texas, Southwestern University provides a significantly more liberal and progressive environment for Jackson...