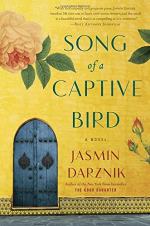 Song of a Captive Bird Summary & Study Guide includes comprehensive information and analysis to help you understand the book. This study guide contains the following sections:

This detailed literature summary also contains Quotes and a Free Quiz on Song of a Captive Bird by Jasmin Darznik.

The following version of this book was used to create this study guide: Darznik, Jasmin. Song of a Captive Bird.Ballantine Books, 2018. First Edition.

Song of a Captive Bird is fictional account of Forough Farrokhzad, a 20th century Iranian poet and political activist. Darznik chooses to tell Forough's story by imagining Forough herself narrating her own life, from her childhood to her death. To do so, Darznik's narrator is Forough, telling the reader about her own life, in the first-person and in retrospect. Only at the novel's end does the reader realize that Forough has been dead for the entire novel; this revelation forces the reader to reconsider the way in which Forough tells her story and the events she discusses as significant.

The story of Forough's life is divided into three sections: "I Feel Sorry for the Garden," "Rebellion," and "Reborn." In the novel's first section, Forough tells the story of her rebellious childhood. From a young age, Forough exhibits an interest in writing and literature, which attracts her to her future husband, Parviz, for Parviz writes poetry and philosophical essays. Against the dictums of traditional Iranian culture, Forough and Parviz begin secretly meeting. Eventually, Forough's family finds out, which results in Forough being taken to a virgin-tester clinic and her forced marriage to Parviz. At the clinic, Forough is found to be a virgin, but in the process, the testers break her hymen, making it impossible for Forough to bleed when she first has sex. Because Forough does not bleed on the wedding night, Parviz believes that she is not a virgin, which results in an unhappy marriage.

In the second section, "Rebellion," Forough begins rebelling against her unhappy marriage to Parviz. She has one son, Kami, but Kami's presence does not give her peace. Instead, Forough begins having an affair with a literary editor named Nasser. While she is with Nasser, Forough writes the poem "Sin" about their sexual experiences, which launches her literary career. Eventually, Parviz tells Forough she must stop writing poetry. Forough refuses, and as a result, her father and Parviz admit her to a clinic, where she undergoes electro-shock therapy in order to "fix" her rebellious spirit. Forough's friend, Leila, helps her escape from the clinic; afterwards, Parviz divorces Forough, giving Forough complete independence.

Once divorced, Forough begins to dedicate her life to her poetry and art. She begins working at Darius Golshiri's studios, where she and Darius fall in love. Together, Forough and Darius create films revealing ongoing humanitarian crises in Iran. As Forough becomes more involved in film, she becomes more involved in Iran's contentious political climate. The Iranian government becomes increasingly oppressive, eventually assassinating Leila. This assassination causes Forough to speak out explicitly against Iran's oppressive culture. As a result, Forough herself is assassinated: the last pages of the novel feature Forough speaking from beyond the grave, testifying to the importance of battling against injustice and having hope in the midst of oppression.

Song of a Captive Bird from BookRags. (c)2022 BookRags, Inc. All rights reserved.