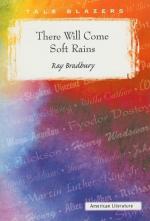 The Martian Chronicles was adapted as a film for television in 1979, starring Rock Hudson, Bernadette Peters, Roddy McDowell, and Darin McGavin. Directed by Michael Anderson and produced by U.S.A. Fries Entertainment, It is available through Fries Home Video.