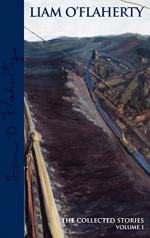 Introduction & Overview of The Sniper

Liam O’Flaherty
This Study Guide consists of approximately 27 pages of chapter summaries, quotes, character analysis, themes, and more - everything you need to sharpen your knowledge of The Sniper.

The Sniper Summary & Study Guide includes comprehensive information and analysis to help you understand the book. This study guide contains the following sections:

This detailed literature summary also contains Bibliography on The Sniper by Liam O’Flaherty.

"The Sniper," a story about the Irish civil war, was Liam O'Flaherty's first published piece of fiction. It appeared in 1923 in the London publication The New Leader. Over the years, it has been reprinted several times, and as of 2004 it could be found in O'Flaherty's Collected Stories. "The Sniper" helped set O'Flaherty firmly on the writer's path. Upon reading it, Edward Garnett, an influential London editor, recommended a publisher bring forth the novel that O'Flaherty had just completed. Thus began a literary career that lasted for three decades.

O'Flaherty was intensely involved in Irish politics as a young man, joining both the Communist party in Ireland and later the Republican army. Nonetheless, throughout his career, O'Flaherty only wrote a handful of overtly political stories. In the fall of 1922, after taking part in the Four Courts incident as a Republican soldier, O'Flaherty fled Ireland. Settling in London, O'Flaherty procured a typewriter and wrote "The Sniper" while the devastating Irish civil war was still going on. O'Flaherty drew upon his experiences to create a piece of fiction that shows that the civil war had repercussions stretching far beyond the field of battle. O'Flaherty places his protagonist, a sniper, in a kill or be killed situation. After the sniper shoots an enemy soldier, he discovers he has just killed his brother. The sniper's emotional detachment throughout the story, coupled with this startling ending, allows O'Flaherty to indirectly address the way in which the Irish civil war led to the disunity of Irish society.

More summaries and resources for teaching or studying The Sniper.

The Sniper from Gale. ©2005-2006 Thomson Gale, a part of the Thomson Corporation. All rights reserved.