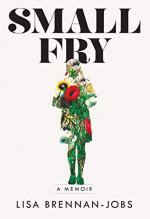 In the introduction, Lisa recalls stealing items from her father Steve Job’s house in the months before his death. She entered her father’s room and Segyu Rinpoche, a Buddhist monk, instructed her to touch her father’s feet.

In "Hippies," Lisa recalls that she and her mother moved houses 13 times by the time she was seven years old. Her first real home was in Palo Alto. Lisa, Lisa’s mother, and their friend Elaine drove to Steve’s house to pick up a couch. Steve was not home. Lisa’s mother decided to break into the house and she took the couch. As they left, they noticed police cars approaching the house. The next day, Steve called and asked about whether they broke in because his silent house alarm had alerted him.

Lisa explained how her parents first met when...