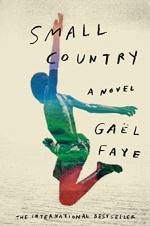 Noses are introduced in the first chapter of the novel as a symbol of social and ethnic difference. The novel highlights the absurdity of this connection by explaining this symbolism from the perspective of a young Gabriel.

The red BMX bike that Gabriel receives for Christmas is a symbol of his privileged upbringing. The fact that Gabriel chooses to reclaim this bike, rather than leave it for a little boy less privileged than he is, is an additional symbol of...