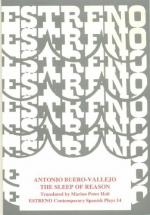 Antonio Buero Vallejo
This Study Guide consists of approximately 42 pages of chapter summaries, quotes, character analysis, themes, and more - everything you need to sharpen your knowledge of The Sleep of Reason.

The Origins of Totalitarianism is a set of three historical essays by Hannah Arendt, twentieth-century German philosopher. The original manuscript was first published in 1949. The three works in the series are Totalitarianism, anti-Semitism, and Imperialism. For those mystified by state-sanctioned acts of large-scale cruelty— like those of Ferdinand VII or Francisco Franco—Totalitarianism is a crucial text.

How It Is is a 1964 tragi-comedy by Samuel Beckett, one of the twentieth-century's great novelists and playwrights. The work is a hellish, hallucinatory journey of near blindness and deafness, a complex and unparalleled maze of torture and hallucination.

The Wretched of the Earth is a 1963 study by the French-Algerian psychoanalyst, Frantz Fanon. This powerful examination of the role of violence in imperialistic oppression and the psychology of those suffering under its heel is a classic of revolutionary literature.

More summaries and resources for teaching or studying The Sleep of Reason.

The Sleep of Reason from Gale. ©2005-2006 Thomson Gale, a part of the Thomson Corporation. All rights reserved.