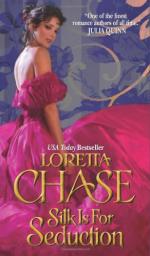 This detailed literature summary also contains Topics for Discussion and a Free Quiz on Silk by Alessandro Baricco.

Hervé Joncour travels the world buying silkworm eggs and eventually travels as far as Japan. He buys eggs from Hara Kei, a French-speaking nobleman. Joncour falls in love with his mistress. During his second visit to Japan, Joncour learns about the aviary of exotic birds that Hara Kei has built; he leaves a glove for Hara Kei's mistress to find in a pile of clothes. Hara Kei's mistress gives him a love note written in Japanese that says, "Come back, or I shall die."

Hara Kei denies Joncour welcome but Joncour refuses to leave. The next morning, Joncour sees the body of the boy hanging from a tree; Hara Kei has executed him for carrying the glove to Joncour and bringing him back to the village. Joncour hastily procures a supply of eggs but leaves far too late in the season to transport them to France. The silk mills sit idle that year.