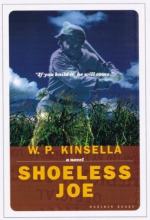 Kirtz argues that the film Field of Dreams eliminates the feminine "moral presence" in the novel and presents the story as a "man's story" with a patriarchal political message.

Lord shows how baseball serves as a metaphor for religion. He also demonstrates that the way in which Ray handles...