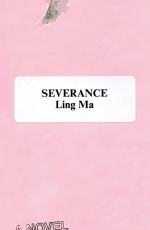 Ling Ma
This Study Guide consists of approximately 38 pages of chapter summaries, quotes, character analysis, themes, and more - everything you need to sharpen your knowledge of Severance.

This detailed literature summary also contains Quotes and a Free Quiz on Severance by Ling Ma.

The following version of this book was used to create this study guide: Ma, Ling. Severance. New York: Farrar, Straus and Giroux, 2018.

The novel’s protagonist and narrator is Candace Chen. After an international, apocalyptic outbreak of a disease called Shen Fever, Candace leaves New York City and joins a group of survivors heading west towards Chicago. The narrative alternates between Candace’s time with these survivors and the events of her life before the destruction wrought by Shen Fever. In her late twenties, Candace was working as a project manager for a publishing logistics company called Spectra. Candace studied visual art in college and found her job at Spectra unfulfilling, but she remained in the job due to the economic stability it provided. She was dating a freelance writer named Jonathan, who decided never to work in an office. One day, Jonathan decided that he wished to move away from stressful New York City. Candace did not want to go with him, as she was used to her job and her routine.

In the post-apocalypse Candace and the other survivors in her group continue to head west. Their leader, a former IT worker named Bob, leads them and says that he knows of a safe compound outside of Chicago. Bob is a devoutly religious Christian and believes that he and the other survivors were chosen by God for some specific, but unknown, purpose. Whenever the survivors find people who have contracted Shen Fever, Bob shoots and kills them, which he sees as a mercy. The main symptoms of Shen Fever are obliviousness to the world and the mindless repetition of rote, everyday actions. When Candace worked at Spectra, she often went to China on business trips. Candace was born in China and lived there until she was six years old. Her parents immigrated to America from China. Candace’s parents are now deceased; her father was hit by a car, and her mother died of Alzheimer’s disease. Candace feels a faint but persistent connection to China.

One night, in Ohio, after Candace and the other survivors set up camp, Candace goes on a brief excursion with some of the other members of the group. Ashley, one of the group members, says that her childhood home is nearby. They explore inside, and Ashley soon becomes oblivious and begins performing rote, repetitive actions. She has been infected with Shen Fever. Candace theorizes that nostalgia somehow triggered the fever in Ashley. Bob decides to kill Ashley. Janelle tries to stop him, so he kills Janelle as well. He claims, unconvincingly, that Janelle stepped in his way as he was shooting at Ashley. A few days later, the remaining survivors arrive in the Chicago suburb of Needling. The safe compound that Bob had mentioned is actually a now abandoned mall. Bob spent much time in this mall when he was a child.

As Shen Fever continued to spread in the year 2011, many people began to flee from New York City, which was a major location of Shen Fever outbreak. Candace, however, decided to remain in New York City and continue working at Spectra, despite the fact that many employees began to leave among Shen Fever panic. Soon before Jonathan left the city, Candace discovered that she was pregnant and that Jonathan was the father. However, she decided not to tell him and to raise the baby on her own. It was not until New York City was almost completely deserted that Candace decided to leave the city. After Candace and the other survivors arrive at the abandoned mall in Needling, Bob learns of Candace’s pregnancy. He believes that her pregnancy is a good sign, and he locks her in a store in the mall, as he does not wish for her to escape. A few weeks later, one of the group members is found dead, likely killed by Bob for disobedience. Candace, fearing for her life, escapes from the mall, commandeers a car, and drives to Chicago. She plans to start a new life on her own and to give birth to, and raise, her child.

More summaries and resources for teaching or studying Severance.