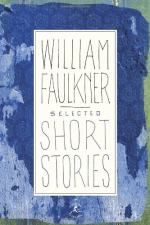 William Faulkner
This Study Guide consists of approximately 40 pages of chapter summaries, quotes, character analysis, themes, and more - everything you need to sharpen your knowledge of Selected Short Stories.

What is Faulkner's attitude toward his characters? Ironic? Compassionate? Mocking?

In A Rose for Emily, does the evidence support the theory that Miss Emily used arsenic to kill her lover? If so, why did she kill him?

Is it purely racial hatred that drives the barbershop gang in Dry September to kill an innocent black man? Or is there an element of southern chivalry to protect women that causes the violence? Or both?

Why does Nancy try desperately to keep the white children with her in the cabin in That Evening Sun?

What accounts for Captain Bogard's conversion from a good soldier into a pacifist in Turnabout?

Does the kind of loyalty between soldiers described in Honor still exist...