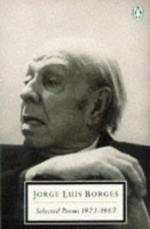 +Chapters Summary and Analysis
Fevor de Buenos Aires
Moon Across the Way and San Martin Copybook
The Maker, pages 67-113
The Maker, pages 114-143
The Self and the Other, pages 144-207
The Self and the Other, pages 208-245
For Six Strings and In Praise of Darkness
The Gold of the Tigers
The Unending Rose
The Iron Coin
The History of the Night
The Limit
Atlas and Los Conjurados
Characters
Objects/Places
Themes
Style
Quotes
Topics for Discussion
Order our Selected Poems Study Guide

Jorge Luis Borges
This Study Guide consists of approximately 34 pages of chapter summaries, quotes, character analysis, themes, and more - everything you need to sharpen your knowledge of Selected Poems.

Borges often imagines what figures in history or in literature are thinking and doing, especially at some point just prior to their death. Why do you think such imaginings occupy him? What does he hope to learn or portray through these ruminations?

Borges lived a quiet life, but his poems often celebrate the deeds in war of his ancestors. Why do you think he is so fascinated with the dangers and glories of battle?

These poems frequently consider the moment of death, or the moment just after it. Borges obviously hoped that those moments would reveal something to him about the nature of life on earth and of the universe. Describe what you think he hoped to discover.

In his poems, Borges often declares that he would love to embrace oblivion, that wishes he could be someone else, and even that he wishes he...

More summaries and resources for teaching or studying Selected Poems.