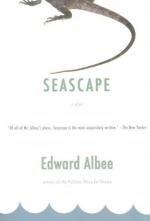 1975: Though it is the International Women's Year, many women in the workplace face discrimination, especially in terms of pay. Women generally earn about a quarter to a third less than men for doing the same work as men.

Today: Though the "glass ceiling" has been broken and many more women work, women still generally earn only about 80 to 90 percent of the salary of their male counterparts.

1975: Organic foods are a relatively new concept, a fad among hippies concerned with environmental and ecological issues. Their availability is limited but growing.

Today: Organic farming is an accepted practice, and organic foods can be found in many grocery stores.

1975: There is controversy over the effects of the use of aerosol cans on the environment, especially the ozone layer. Within a few years, their use is regulated.

Today: The hole in the ozone layer has grown significantly since...