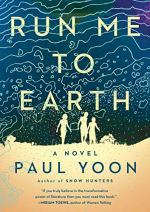 Run Me to Earth Setting

Paul Yoon
This Study Guide consists of approximately 35 pages of chapter summaries, quotes, character analysis, themes, and more - everything you need to sharpen your knowledge of Run Me to Earth.

Much if the novel takes place in the country of Laos. Laos is a landlocked country in the Indochinese peninsula in Southeast Asia. In the 1960s and 1970s, Laos was embroiled in a civil war between the Royal Laos Government (RLG) and the Communist Pathet Lao faction. The United States supported the RLG and dropped many bombs on Laos, causing much widespread destruction. The Pathet Lao eventually took control and established a totalitarian regime. The novel’s central characters attempt to escape Laos, both during and after the war.

The novel opens in a semi-rural area of Laos, during the Laotian Civil War. Alisak, Prany, Noi, and Vang work at a field hospital. The building used to be a house owned by a wealthy Frenchman. The Royal Lao Government. Eventually sends helicopters to help evacuate people from the area. Unfortunately, although Alisak manages to board a...

More summaries and resources for teaching or studying Run Me to Earth.

Run Me to Earth from BookRags. (c)2022 BookRags, Inc. All rights reserved.