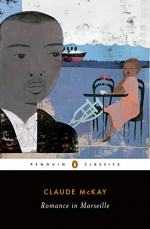 This detailed literature summary also contains Quotes and a Free Quiz on Romance in Marseilles by Claude McKay.

The novel is prefaced by an ‘Introduction’ section in which two scholars of Claude McKay’s work exposit upon the history of the novel and the significances of the story itself. McKay worked on the novel from the late 1920s to the early 1930s. He eventually abandoned it, and it was never published. However, in the last few years, there has been renewed interest in McKay’s work. A previously unpublished novel of his—Amiable with Big Teeth—was published in 2017 to much acclaim. As a result of this renewed interest in his work, Romance in Marseilles was finally published in 2020. The novel is significant for its examinations of black people’s experiences in a ‘post-colonial’ word that is still very much affected by the legacies of colonialism and slavery.

The novel takes place around the year 1930. The protagonist is a man named Lafala, who was born in Senegal. When Lafala was a child, he was taken away from his family by European missionaries and was raised in a mission. He eventually became a sailor and left Senegal. One day, he stows away on a boat heading from Marseilles, France to New York City. He is discovered by the crew and is locked in a non-insulated latrine room. His legs become afflicted by frostbite and are amputated at a hospital in New York. Lafala finds a lawyer to help him sue the shipping company. The shipping company eventually offers Lafala a settlement payment of $100,000. Lafala receives prosthetic legs and returns to Marseilles in the hopes of winning the love of a woman named Aslima. Aslima is a sex worker for whom Lafala developed romantic feelings.

In Marseilles, Lafala resides in a hotel room, but he has only received a small portion of his settlement payment so afar, so he mostly lives on credit for the time being. News of his windfall spreads quickly through Marseilles and beyond. Aslima declares her love for Lafala and spends time with him without charging him. Aslima then tells her pimp—Titin—that she is only faking love to try to scam Lafala out of part of his newfound fortune. (However, throughout the novel, it remains ambiguous whether Aslima is loyal to Titin or if she truly loves Lafala.) Aslima was born into slavery in Morocco. She eventually became a sex worker and escaped to Marseilles. As Aslima continues to spend time with Lafala, Titin grows impatient and worries that Aslima might be planning to abandon him for Lafala.

Lafala hopes to return to Senegal accompanied by Aslima, and to use his fortune to reside their permanently. Various black residents of Marseilles try to persuade Lafala to stay in Marseilles and to use his money to help fund to sociopolitical advancement of black people in predominantly white countries. However, Lafala remains adamant in his goal. Then, one day, Lafala is suddenly arrested by the Marseilles police. It soon becomes evident that the shipping company likely had Lafala arrested for his initial offense of stowing away. However, the crime is only a misdemeanor, and Lafala is soon released. As the final arrangements are made for the transfer of Lafala’s settlement payments, Titin becomes convinced that Aslima plans on leaving Senegal with Lafala. In a jealous rage, Titin kills Aslima.