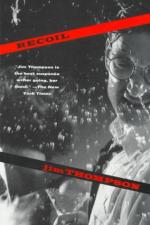 After picking Pat Cosgrove up from prison, Doc Luther stops at an unnamed roadside diner for lunch. The diner is surrounded by filthy sludge discharged from a nearby petrochemical plant. Doc notes that the diner had formerly been surrounded by pristine wilderness. Later in the novel, Pat returns to the diner and sits thinking and then talks with Myrtle Briscoe. The diner's plight is symbolic of the destruction caused by Doc's corrupting influence in local politics.

Doc Luther opened and operated the Luther Psychological Clinic in Capital City for several years after first moving to the city. While operating the clinic, Doc learned many dark secrets of his influential clientele and subsequently used this knowledge to blackmail them. At the time of the novel's principle events the clinic is long defunct.

Capital City is the obscurely-named setting for all of...