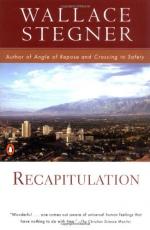 The funeral director gives Bruce a box that was among his aunt's things but was intended for him. When Bruce opens the box later in his hotel room, he discovers it is a box of mementos from his relationship with Nola, a girl he almost married after college.

The funeral director gives Bruce a phone number from a woman who called looking for him at the funeral home. Bruce later discovers the number is that of an old friend, Joe Mulder, from his college days in Salt Lake City. Bruce thinks about calling this number but finally decides it is best to leave those old memories intact.

Bruce Mason arrives at the funeral home where his aunt's body is being prepared for her funeral and realizes it is the same house where a couple of girlfriend's from his college days lived.