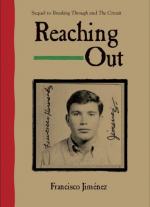 Who is Francisco Jimenez? How did Francisco's childhood affect his years of college?

Francisco was the child of Mexican parents who were in America illegally for several years before being deported. They later returned legally, but Francisco had an ingrained fear of immigration officials. Thus, he lied for years about his place of birth. His family was poor, and the older members of the family all worked to contribute to the family's success. Francisco worked before and after school each day and on weekends, yet he still made time for studying. College was an extraordinary experience because he had never been around people who made time for fun. He refused to become involved in any extracurricular activities because he felt he should work hard at his education.

Describe Francisco Jimenez's family, including their effect on him while he was attending college?

Francisco had a large family with...