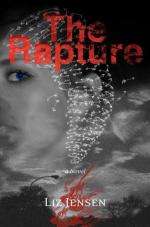 Joelle Biele
This Study Guide consists of approximately 25 pages of chapter summaries, quotes, character analysis, themes, and more - everything you need to sharpen your knowledge of Rapture.

Because Biele's first collection is such a recent publication, sparse criticism is available. However, White Summer won a First Book Award from the Crab Orchard Review Series in Poetry, and poet and critic Allison Joseph, commenting why she selected White Summer for the award, notes, "Biele's poems, which range from short lyrics to longer meditations, are startling in their clarity, precise in their diction, and deft in their craft. . . . This book is alive in the world, not just merely of it." In a review of White Summer for the Antioch Review, poet and critic Jane Satterfield writes, "Biele's poems are perfectly pitched; oracular but not vatic, inviting and often arresting in their cinematic intensity and musicality." On the poem "Rapture" specifically, Satterfield comments, "Rapture, for this poet, then, is engagement, not escape."

More summaries and resources for teaching or studying Rapture.

Rapture from Gale. ©2005-2006 Thomson Gale, a part of the Thomson Corporation. All rights reserved.