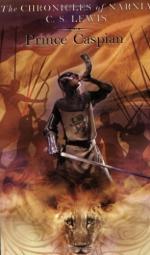 1. Compare the attitude of Nikabrik with that of the ungrateful Dwarfs in The Last Battle. What point is Lewis making with these attitudes?

3. Peter challenges Miraz to single combat, medieval European style, to determine the outcome of the battle. What were the rules for this in the Middle Ages? How closely does Lewis follow the rules in his depiction in Prince Caspian?

4. The parade of Aslan and his friends through Beruna is one of joy, but it is also very inviting as a subject for a drawing or painting. See whether you can capture the wonder of it all.