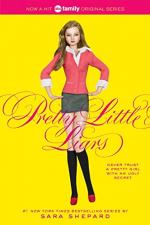 Sam Shepard
This Study Guide consists of approximately 43 pages of chapter summaries, quotes, character analysis, themes, and more - everything you need to sharpen your knowledge of Pretty Little Liars.

Pretty Little Liars is the eponymous first novel in the young adult series. The prologue starts out in second-person with a direct address of the reader that asks her to imagine that she is lying out at the pool with her friends the summer before seventh grade. After the reader has been drawn into the world of Rosewood, the narration switches to omniscient and we experience the night that Alison DiLaurentis went missing. She and the four girls, Aria, Hanna, Spencer, and Emily, were having a slumber party in Spencer’s barn and Alison asked them all to lie down so that she could hypnotize them. Spencer and Alison got into a fight, Alison left, and she was never seen again.

The rest of the chapters alternate between the girls’ point of views, though the narration always remains in third person. After Alison’s disappearance, all four of the girls grew apart and started their own individual life that was free from the memory of Alison and their tight-knit circle, which was hostile and rife with secrets.

The action starts up right before Junior year began. Emily was a competitive swimmer who wanted to please her parents and be a good daughter, but she harbored secret feelings for Alison. When a new girl, Maya, moved into Alison’s old house, Emily began to feel attracted to her. Aria had been in Iceland for the past few years. Her father had an affair on her mother, which Aria found out about, and he had taken a job in Iceland to get away from the whole situation. Aria had discovered herself in the foreign country, and was depressed that her father’s job had ended and she had to return to Rosewood, which she associated with the past, where she was an awkward and weird girl. When she got back into town, Ari lied about her age and went to a bar and made out with an older guy, Ezra, in the bathroom. Hanna had been a chubby and naïve girl in seventh grade who had endured Alison’s constant taunts about her weight. After Alison disappeared, Hanna had lost a ton of weight and turned herself into a popular and beautiful clone who she hoped Alison would have been proud of. Her new favorite hobby was shoplifting jewelry from the mall with her best friend, another former nerd, Mona. Spencer was a high-achieving perfectionist who had an unhealthy and competitive relationship with her older sister Melissa. Because she felt so secondary to Melissa in terms of academics and achievements, Spencer had a bad habit of flirting with (and occasionally kissing) her sister’s boyfriends.

Aria went to class the morning after the bar, still thinking about Ezra. When she got to English class, she was surprised to see that Ezra was her teacher. She was also surprised that an anonymous text message sent from “A” seemed to know what she had done with him the night before. Emily walked Maya home after class and flirted with her, and then got a similar message from A that suggested the stalker knew Emily was a lesbian. Spencer got home from field hockey and went into the hot tub to relax, and her sister’s boyfriend, Wren, joined her. When she got out of the hot tub, she had a message from A that suggested the stalker knew what she was up to with her sister’s boyfriends. Hanna was taken downtown by a police officer who accused her of shoplifting jewelry. Her mother said that she would take care of it and that no one needed to know, but Hanna got a message from A that suggested the stalker knew what Hanna had done.

The next day, Aria went to Ezra’s office and said that she still wanted to see him, but he refused and chastised her for lying about her age. Emily cut swim practice and went to a creek with Maya, where they got to know each other better. Hanna went to the mall with Mona and ordered a box of fries. She ate the whole thing in the car and then went home and threw up, which was something she had not done in a long time. Spencer got her PSAT results back and her parents were so thrilled with her scores that they agreed to let her move out into the guesthouse/barn where Melissa had been planning to live with Wren. Spencer decided that the strange text had come from her academic rival, Andrew, though she was uneasy with the idea that A might be Alison because Alison knew a lot of secrets. Once, the girls had set off a firework as a prank on their classmate, Jenna, but something had gone wrong and Jenna had been blinded. They blamed it on her stepbrother, Toby, and he was sent to boarding school. Spencer, and all the girls, were terrified that the truth about this would eventually come out.

The girls all received more messages from A, and they could not figure out who is sending them. Emily got in trouble with her mother for cutting swim practice, and then she finally admitted that she did not want to swim anymore, which did not go over well. Aria put all her energy into making Ezra jealous so that he would decide to date her. Hanna spiraled into a dark hole of self-doubt and body-image issues, and wanted to sleep with her boyfriend, Sean, who had signed a virginity pledge in order to validate himself.

Noel Kahn, a rich and popular boy, had a big party at his giant house, and all the girls went, except Spencer. Spencer stayed home at her new barn room and worked on her calculus, determined to be an ideal daughter. But then Wren came over and they kissed, and Melissa saw them. Emily kissed Maya at the party, and got caught by her boyfriend Ben. Hanna tried to seduce her boyfriend in the woods outside the party, but Sean broke up with her, so she stole his BMW, drove it drunk, and crashed it into a pole. Aria’s plan worked, and Ezra called her at the party and invited her over to his house.

After the party, Hanna was taken back to the police station for stealing the car, but her mother began dating Wilden, a police officer, to keep Hanna out of trouble. Spencer’s family found out what she did with Wren, and they kicked her out of the barn and emotionally disowneded her. Alison’s body was found buried in her backyard. A funeral was held for her, and the girls all sat together in the front. They were all unnerved when Jenna and Toby showed up, and they all finally admitted to one another that A had been harassing them. At the end of the book, they all got a text from A, and they were scared because they thought the stalker and the murderer might be the same person.