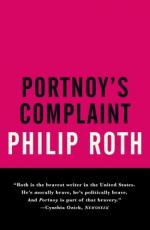 The Apartment in New York City

This is the home of Alex and his family in his early life. It is the setting for several of the book's key scenes—specifically, the narratives of his often confrontational relationships with his parents and of his initial sexual experiences. A key factor in the relative importance of this setting is the fact that the apartment is in a non-Jewish community—in other words, Alex and his family live an isolated life within a crowd of people.

The House in New Jersey

In contrast to their apartment in New York, the home to which Alex and his family move when he is a teenager is in the heart of a crowded, thriving Jewish community. Even here, however, he feels alone in a crowd—because of his growing resentment of and discomfort with the emotional/spiritual/sexual confines imposed...