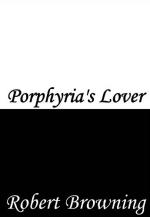 "My Last Duchess," published in 1842, is perhaps the most celebrated of Browning's dramatic monologues. It presents in fifty-six lines the thoughts of the Duke of Ferrara about his late wife, but as much is revealed about the coldness and inhumanity of the duke as about his gracious and exquisite wife.

Browning's early lyric "Johannes Agricola in Meditation," which was published together with "Porphyria's Lover" in Dramatic Lyrics in 1842 under the general heading of "Madhouse Cells," is also a study of madness, in this case of religious mania.

Margaret Atwood's Alias Grace (1996) reconstructs the sensational story of a 16-year-old Canadian housemaid named Grace Marks who was tried for the murder of her employer and his mistress.

Dark Dreams: Sexual Violence, Homicide, and the Criminal Mind (2001), by Roy Hazelwood and Stephen G. Michaud, reveals the twisted motives and thinking that go into...