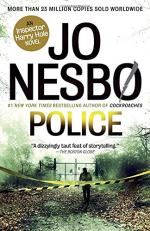 Mikael pays a visit to the home of the former Police Chief in Chapter 36, following up on Truls's baseless threat in Chapter 33. In the end, Mikael gives the ex-Chief a letter to sign and mail, in which he agrees to let Mikael do his job without interference.

Harry Hole is drinking coffee in the canteen at Police Headquarters, ruminating about the case, when Bjørn and Katrine join him. Harry tells them that after reviewing the forensic facts in the first police murder, his new working hypothesis is that René Kalsnes was killed by a policeman. He tells Bjørn to check the forensic evidence and Katrine to check the register of missing and stolen pistols.

A morning meeting of the City Council's nine councilors begins Chapter 37. The ex-Police Chief starts the meeting by praising Mikael Bellman. He asks the councilors if they...