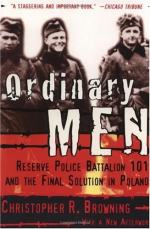 This detailed literature summary also contains Topics for Discussion and a Free Quiz on Poland by James A. Michener.

The book opens in the fall of 1981, in the small village of Bukowo. It is the home of Janko Buk who is the leader of an agricultural policy protest movement. The Communist government agreed to hold discussions with the protesters in Bukowo. It is the location of the famous Bukowski palace where many Party dignitaries vacationed or met for meetings.

Thus begins the exciting story of Poland, which covers the history of Poland from the thirteenth century to 1981. The first and last chapters of the book are set in 1981 with the history of the nation in between. The story of Poland is the story of an ethnic people struggling to attain freedom and independence throughout their history. The nation has often faced invaders - the Tartars, Turks, Swedes, Germans and Russians. At one point Poland was completely partitioned and absorbed by the Germans, Russians and Austrians.

Poland had no national borders and no strong central government. Their king was hired from other countries because the magnates feared that a strong king with an inherited lineage would threaten their own autonomy. The magnates viewed the situation in terms of what was good for them was good for all of Poland. There was never an army that was able to defend the country until King Jan Sibelski. This is why Poland was always easy prey for invaders.

Michener writes a very interesting and enjoyable book that the reader will find difficult to put down. But the book is well worth the time spent reading it, as the reader follows the main families from generation to generation. The reader watches their relative positions remain the same throughout the generations in addition to learning the fascinating history of the nation as it struggles to survive. The reader can see the changes that take place in the nation and in the people.